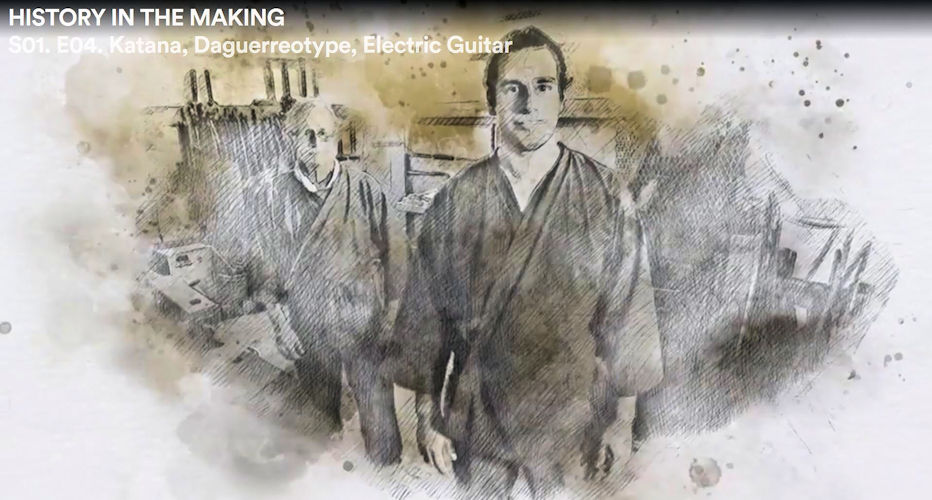 Dragonfly Forge is excited to announce our recent appearance on the documentary series History in the Making, which recently aired in the United Kingdom on the Quest TV Channel. We are proud to be featured alongside expert craftsmen of so many diverse backgrounds.

Each episode features the recreation of three items: a tool, a weapon, a machine or an item of historical importance by expert craftsmen. It is a fascinating glimpse into historical crafts and the dedicated people continuing them in the modern world.

Viewers in the UK can watch our episode of History in the Making, Episode 4: Katana, Daguerreotype, Electric Guitar, on the Quest TV Channel website. It may also be airing in other parts of Europe, but we are unaware as to the specifics. Hopefully, the series will also air in North America in the near future.

In the meantime, one can watch the show’s trailer on the website of the content creator, Crook Horse Productions. If you watch closely enough, you can spot our sword!